How to setup Caller ID Routing

Evolution PBX supports routing of calls based on the Caller ID of the calling party.  This feature can be utilized to control call flows and block unwanted calls.

In order to setup  Caller ID (CID) routing you will need to configure the CID Routing record and modify the Inbound routes to point at the CID routing record.

When you click on 'New Record', you will be presented with this window:

Enter a name for the new CID routing record, and click save.  After which you can, using the pencil/edit icon, edit the record to build the CID routing rule.

The call routing works by intercepting calls and routing them based on the rules configured within the record.

For example in this screenshot:

The configuration is as follows:


Once you have defined the subjective Caller ID's that need to be routed and the appropriate destination for each, as well as the default destination, you will need to make the rules active.  To do that you will need to point this inbound routes at your newly created CID Routing rule.

To start routing calls based on the newly created CID routing rule, you will need to adjust the inbound routes.

Browse to 'Resources' →  'Phone Lines' and edit the trunk that contains the DID or line you are trying to route by Caller ID. 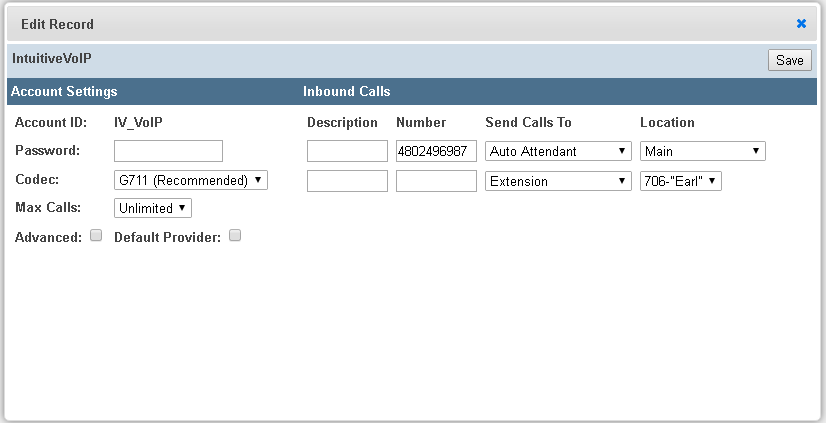 If you adjust this route so that 4802496987 is directing calls to the CID Routing record we just created named 'Test' the calls will be routed as configured in the CID routing rule: 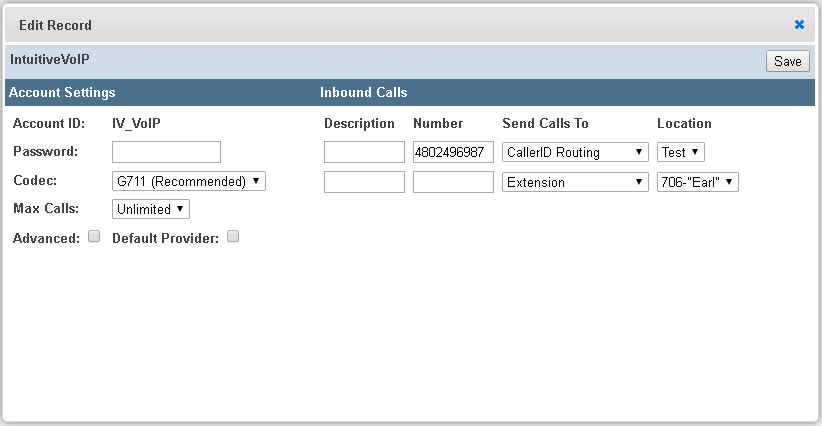